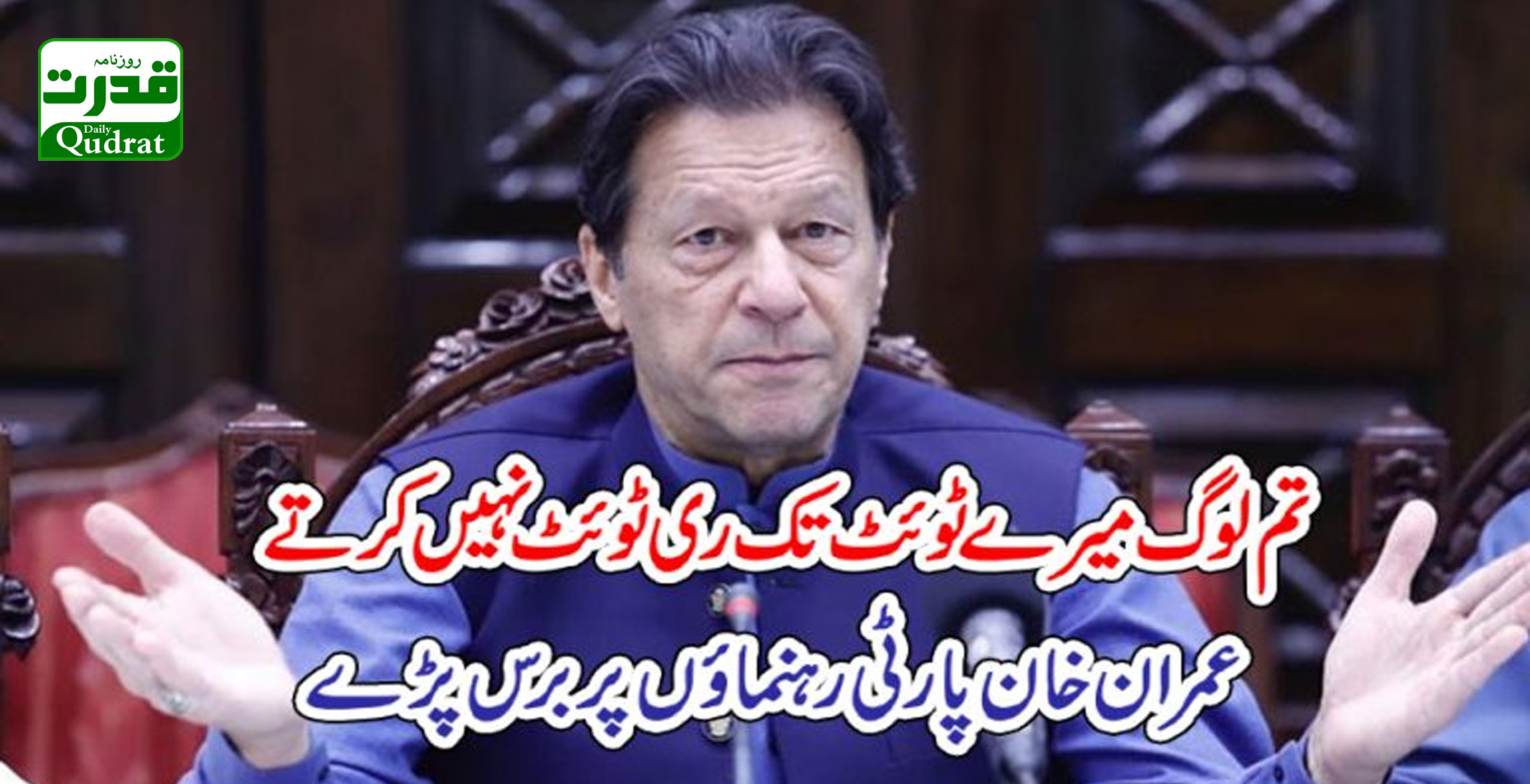 You guys don’t even retweet my tweet, Imran Khan lashes out at party leaders – Daily Nature 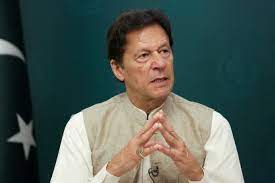 According to the details, Tehreek-e-Insaf organized the first women’s conference in the history of the country in Islamabad, the conference was attended by Central General Secretary Asad Umar, Central Convener of Insaf Students Federation Arslan Chaudhary, President of Insaf Students Federation Islamabad Amjad Ali. And student organizer Naila Marwat also participated in the convention. A large number of students from various universities and educational institutions from the federal capital and surrounding areas participated in the convention. Addressing the ISF Women’s Student Convention, Imran Khan said that I am talking about myself. Jihad is being fought for. The real freedom struggle is for your better future. A nation that does not have the rule of law is doomed. Thieves have taken over the country. Every day their cases are being pardoned. Imran Khan said that jails should be opened, what is wrong with the poor, Zardari and Sharif are sitting everywhere in poor countries. Is and is very necessary for the coming generations, this is. The future war, the highest honor in the history of the world belongs to the Prophet SAW, we are commanded to follow his path, he made small people big people,

Imran Khan said, Maulana Rumi says that when you crawl on the ground that Allah has given you, it is ours, we do not know the rights, there are chains that prevent us from going up, Islam set women free by giving them. Rights, even today we have passed the law.

But 80 percent women don’t get right to inheritance, people were freed by justice, if you want to see the worst slavery today you should go to Sindh, the way powerful wolves keep people, they don’t keep animals there. In the West, if you do cruelty to animals, you have to go to jail, when there are no rights, the society of humans also becomes a society of animals.

So the prophet? First of all he talked about the justice system, Imran Khan said that if a robber is set on a factory it is destroyed, it is the law of the jungle, there is no rule of law, there is no law for it. Those who are powerful and those who are weak do not get justice, even in poor countries Sharif and Zardari are stealing everywhere.

They are taking money out of the country, and they are begging other people to give us money, Imran Khan said, Our Prophet said great nations were ruined before you, those who steal could not catch the powerful, he said. Added. When this movement started. It was clear that if we bring justice to Pakistan, we will be free and this country will become a great country.

The real freedom struggle is going on, at this time the thieves are sitting on top. There is a saying about them that the madmen have taken over the madhouse, that is, the thieves have taken over the country, they should make the law themselves first. And then go to the assembly. Amend NAB rules, close their own cases, unless we fight for freedom, if we don’t stand for it.

So you will not be free, you will get freedom only when you struggle for it, this is the crucial time because consciousness has come in the nation, at that time if we work hard then this is our real freedom no doubt. .The movement will succeed, you have to go to the people, you have to conduct membership drives, the politics you do will be involved in worship because you will not do it for yourself.

You will do it for your nation, Madina state is always an example for us, we are stuck in debt swamp, whenever Shahbaz Sharif goes somewhere, he says, look, I am not begging, but I am forced, that is what I am all about. Humiliating the nation, I tell the students, in a month you will see how much membership you have, and how big our ISF organization will become.

Meanwhile, a meeting of Tehreek-e-Insaf Senate members was held under the chairmanship of Imran Khan. During the meeting, deep concern was expressed over gross violations of human rights in the country. The meeting strongly condemned the retaliatory measures against political opponents. The meeting discussed the overall political situation in the country and the destruction of the economy, concerns were expressed about the concessions given to people after the amendment of the NAB Act.

The future strategy of the PTI parliamentary party was debated in the upper house. Important issues related to the preparations for the crucial phase of the real freedom movement were discussed. It was agreed to take up inflation, economic disaster and other issues with full force in the House.

Speaking on this occasion, Imran Khan said that the looted 1100 billion rupees of the nation are being digested, the criminal who is being called the savior has caused a loss of 20 billion. Steady economy plunged into pit of destruction despite warning, state of uncertainty is poison for economy, solution will be announced through elections, Imran Khan said nation will not be ready to accept criminals under any circumstances Marg Imran Khan further said that he will deliver the most important address in Rahim Yar Khan on Saturday. should do