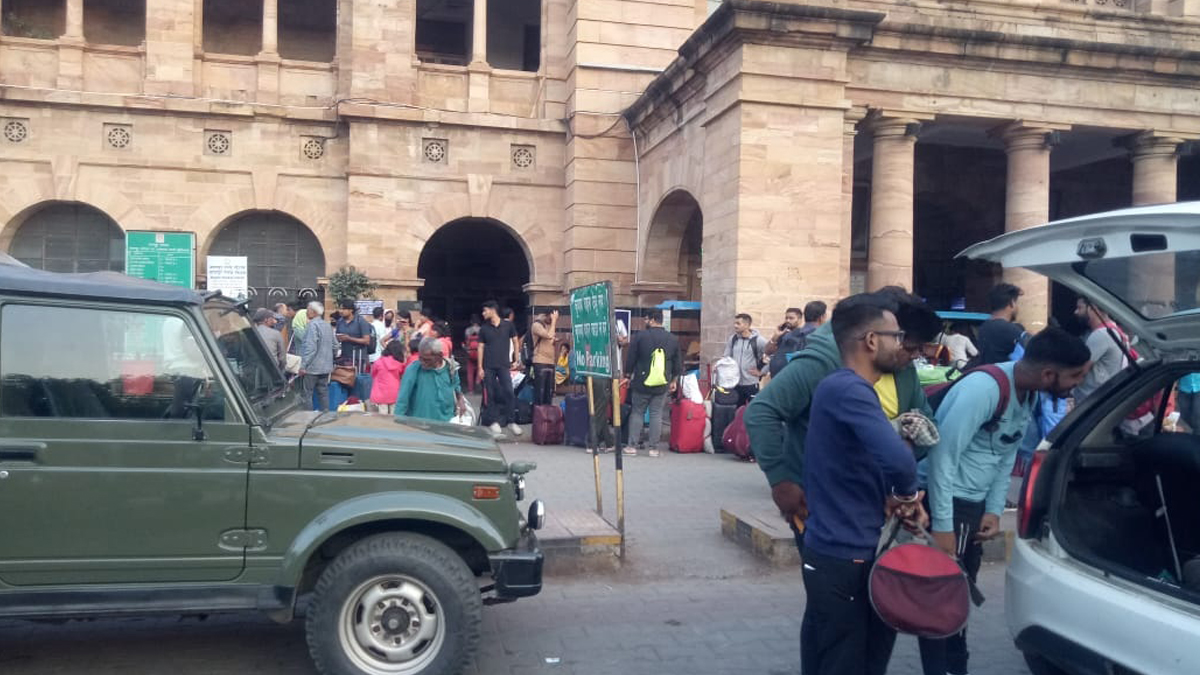 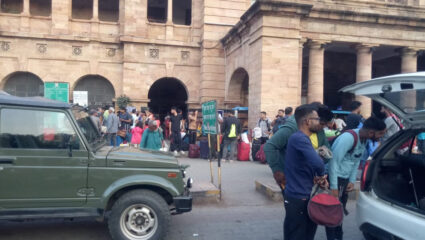 Nagpur. All the trains going towards Bihar and UP are crowded. They don’t even have a place to put their feet. Already all the trains are coming full. Alam is that even the passengers who have taken reservation are not getting a place to enter the coach. In such a situation, despite having tickets, trains of about 5-10 passengers are being missed daily. Surprisingly, despite complaining, the railway administration seems helpless in helping these passengers. It seems as if the railway officials are waiting for some major accident.

Due to the poor arrangement of the railway administration, the passengers are facing a lot of trouble. The passengers going to Purvanchal of UP and Bihar are facing the most difficulties. Surprisingly, despite being so crowded, no special train facility was provided on this route. Only one special train has been run for Gorakhpur. The condition of trains running on Gorakhpur, Banaras, Patna, Chhapra routes is so bad that any major accident can happen anytime.

Only 2 trains run daily to reach Patna, which include Sanghamitra Express and Secunderabad-Danapur Express. Apart from this, Humsafar Express, Ernakulam – Patna Express runs weekly and Raptisagar Express runs 3 of week. All these trains come from South by covering a long distance. So there is already a crowd in them. It is difficult to get a seat in these trains from Nagpur. The same condition remains in the trains going to Gorakhpur and Varanasi.

Taking the waiting ticket of the general coach, the passengers board the sleeper coach. After collecting the fine from these passengers, make a TT receipt. Apart from this, passengers are compelled to travel even by taking the sleeper’s waiting ticket. Sleeper coaches have 72 berths, but now three times more, that is, more than 200 passengers are traveling in a single coach. Passengers are traveling by sitting near coach paths, gates and toilets. Women and the elderly are facing a lot of problems due to over-capacity of passengers in the coaches. TTs are also not visible in these sleeper coaches. In such a situation, to whom should the passengers complain, this problem also remains. People say that if the crowd is not reduced, then at any time a passenger can die of suffocation.

Passenger organizations had demanded to run special trains in view of the crowd but their demand was not fulfilled. One extra coach each has been installed in 2 trains from South East Central Railway. This feature fulfills the proverb of cumin in the mouth of a camel in view of the crowd. Both the trains come from Chhattisgarh side, due to which it is difficult to get a seat in them too.

Fight on Mumbai route too

There is a ruckus for tickets on the Mumbai route as well. Waiting of more than 100 is going on in all trains going to Mumbai. Long waiting is going on in Vidarbha Express, Sevagram Express and CSMT Duronto. In these, about 300 waiting lists are going on in sleeper coaches. Confirmed tickets are also not available in air-conditioned coaches. Duronto, Dnyaneshwari Express, Gitanjali and Howrah-CSMT coming from Howrah also have long waiting. There is also waiting in Shalimar-LTT and Bhubaneshwar-LTT. Tickets are not available for the next one week. Passengers can be seen pleading with ticket conductors to secure a berth in trains using a yen can. People are also wanting to take a berth in Duronto by paying 4-5 thousand rupees. Railway Public Relations Officer was contacted over phone in this regard but his response could not be received.