Twice as many households own their own homes compared to rent in the Waterloo area: reportNews WAALI 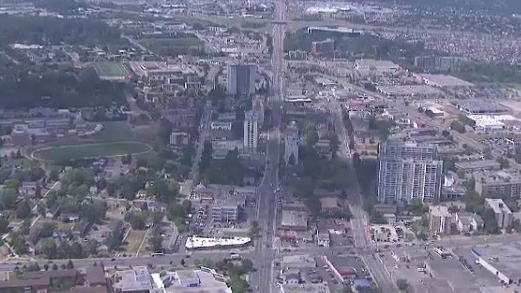 According to a new report, the number of households that own their homes is almost twice as many as those that rent them in the Waterloo area.

New housing data released by Statistics Canada on Wednesday shows of the 219,060 households in the Waterloo area, 141,585 were owner households while 77,470 were renter households.

According to the report, rental household growth in the Waterloo area was 40 percent from 2011 to 2021. That’s almost twice the growth in rented households in Canada, which was 21.5 percent.

This makes the region the fourth-highest tenant growth region in Canada.

“The 2021 Canadian Housing Survey reported that growth in renter households exceeded growth in owner-occupied households and pushed down homeownership rates in Canada,” the report said.

Broken down according to the age of the householder, the 55 to 59 year olds, with 16,255 owner households, make up the largest group of household owners.

The lowest were the 15 to 19 year olds. According to the report, 80 people in this age group were listed as owners in the Waterloo area.

The highest number of rented households was among 25 to 29 year olds with 10,850 apartments listed as rented accommodation.

‘This is neither a shock nor a relief, just…’, what Aditya Thackeray said after the Supreme Court verdict News WAALI

Mosquito Outbreak | The spread of dengue and malaria in the city, Shiv Sainiks of Shinde faction demanded to make arrangements for prevention ...

Vigilance vaccination is free in Gwalior till September 30, after which charges applyNews WAALI

Interceding in a child’s dispute, murdering the father himself by strangulation, shocking form in Yavatmala News WAALI