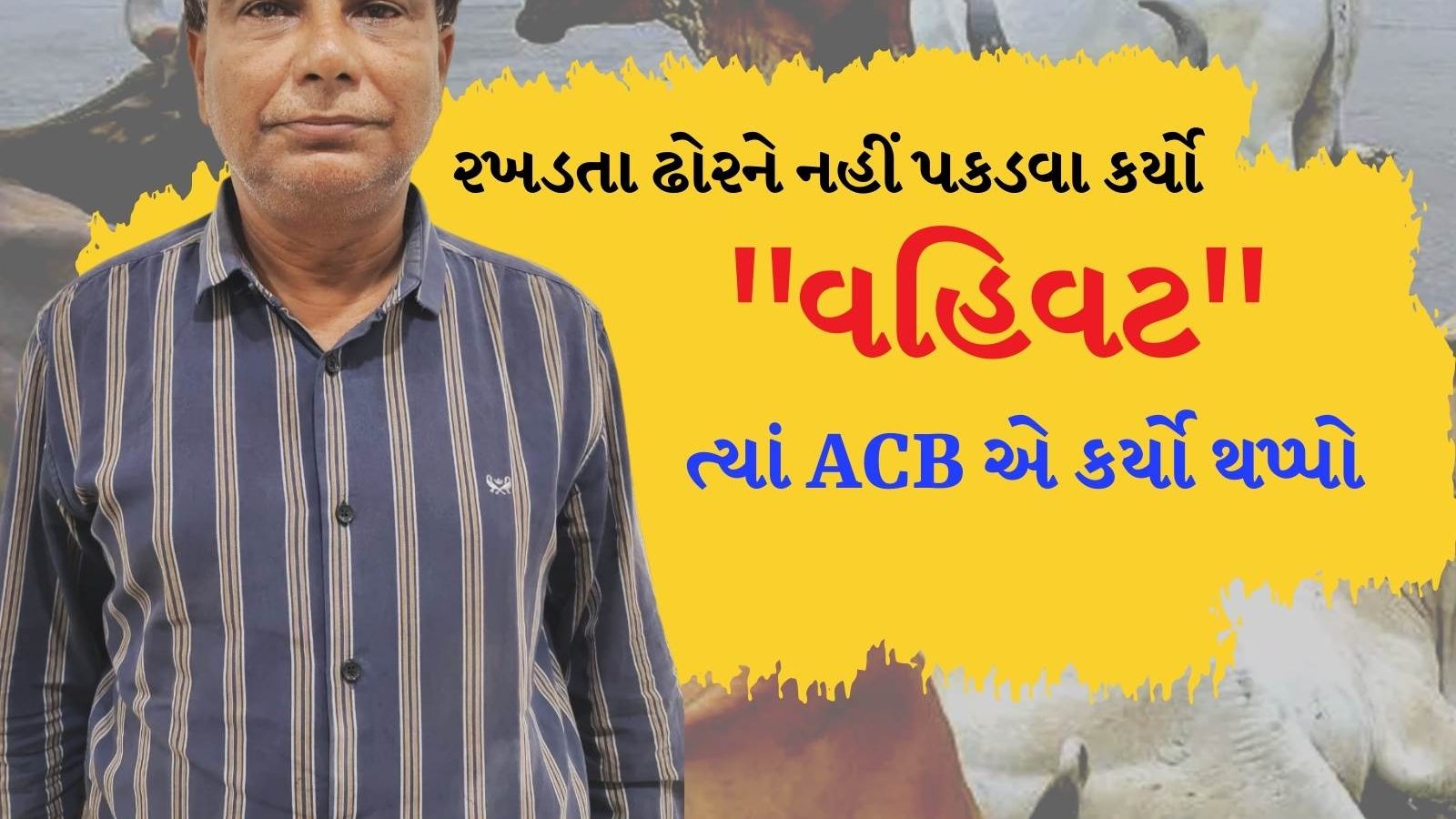 The High Court also issued strict instructions to the AMC regarding stray cattle and asked for information about what action is being taken, but an officer of the AMC has been caught red-handed while taking bribes to catch the cattle. The complainant came to the ACB and submitted that a bribe was being demanded from him to not catch the cattle from the road so that the ACB would set a trap and arrest the accused Piyushkumar Jagdishchandra Vyas who is A.Mu. He is working as Sanitary Inspector (Cattle Cruelty Control Division, Ahmedabad Class-III) in the Corporation and was arrested on Thursday.

A bribe of Rs 4500 was demanded by the accused and he was caught while accepting it. This trap is done at House No-36, Narahari Society, Bhulabhai Park Char Rasta, Kankaria, Ahmedabad. Talking about the incident in detail, the complainant and his relatives are engaged in animal husbandry business and keep their cattle in their paddock but many times they have to leave their cattle around their house.


It is noteworthy that the accused in the year 2012 regarding the license of another complainant’s factory and water disposal and RTI. He was caught by ACB taking a bribe of 10 thousand rupees in return for not giving any notice regarding the factory against which Ahmedabad City ACB Post.St. A crime has been registered from G.R. No. 15/2012 in which a charge sheet has also been made against this accused in the namdar court.