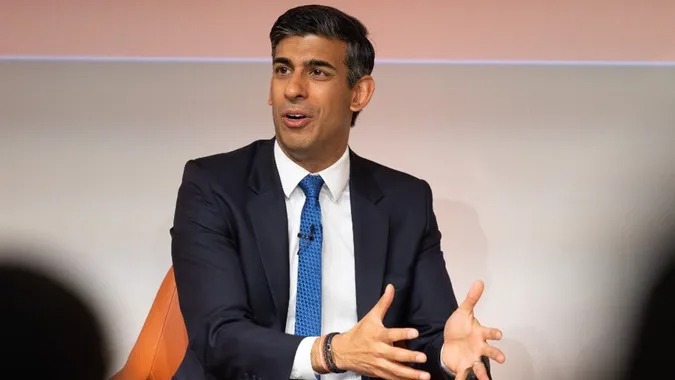 Rishi Sunak, a British leader of Indian descent, is likely to become Britain’s prime minister. He has taken a strong lead in the first round of voting for the post of PM in Britain.

Indian-origin British leader Rishi Sunak (Rishi Sunak) The chances of becoming Britain’s prime minister have increased. He has taken a strong lead in the first round of voting for the post of PM in Britain. He received the most votes in the first round, with two candidates out. In the first round of voting, where Rishi Sunak got 25%, while in the second place was Penny Mordant, who got 19% of the vote. In the elimination round, Nadeem Jahavi got seven percent and Jeremy Hunt got five percent. This number was the lowest of all the candidates, which caused them to drop out.

Sunak was followed by Commerce Minister Penny Mordent with 67 votes and Foreign Minister Liz Truss with 50 votes. Former minister Kemi Bedenoch received 40 votes and backbencher Tom Tugendhat received 37 votes. At the same time, Attorney General Suela Brewerman’s account received 32 votes. Let me tell you that after the resignation of Boris Johnson, many leaders are running for the post of the new Prime Minister. A total of six people are now vying for the PM’s job after two candidates were eliminated in the elimination round. In addition to Sunak, there are Suela Brewerman, Foreign Minister Liz Truss, Commerce Minister Penny Mordent, former Cabinet Minister Camie Bedenok and MP Tom Tugandat.

Importantly, Rishi Sunak, a British politician of Indian descent, is a member of the Conservative Party and is a Member of Parliament from the Richmond (York) seat in North Yorkshire. He won from here in 2015 and became an MP. He was the Chief Treasury Secretary in 2019-2020 and became the Finance Minister in February 2020. His name was chosen as the most popular leader for the post of PM in a survey conducted by a private company before the last election in Britain.

However, now he is leading in the race for the post of PM. But on the other hand there are some challenges in their way. Rishi Sunak has received maximum support from MPs during the nomination, but on the other hand, MPs have started rallying against him under Stoparishi Abhiyan. According to a report published in India Today, University of London researcher Arvind Kumar identified 5 major challenges in his path. These challenges include rising taxes, allegations of tax evasion, rising costs of living, alienation from the working class and Boris’ government’s alcohol party.