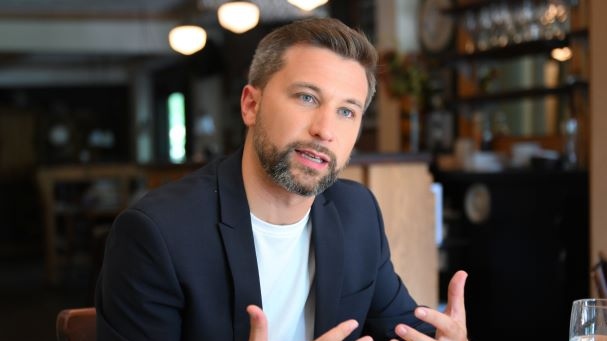 Those were some of the key takeaways from his one-on-one interview with CTV News Montreal host Maya Johnson.


Watch the full interview in the video above

Nadeau-Dubois, who would become prime minister if his party were elected, began his career in politics during Quebec’s Maple Spring student movement in 2012. For many, he embodied Quebec’s youth movement of the time.

Despite having stated in the past that he does not want to be a politician, the young father joined QS in 2017 and won a by-election in Gouin, a seat vacated by former spokeswoman Françoise David.

He has helped build the left-wing party’s profile through this year’s campaign, and on Thursday QC125 reported that QS is expected to take second place in the popular vote.

“A GREEN QUEBEC FOR ALL”

The party has staked out its territory in Quebec as a separatist option, prioritizing social programs and environmental protection.

Nadeau-Dubois said such a tax is necessary to fund improvements in the province’s services and environmental protection.

“[Funding will]come from places in our society that have accumulated a lot of money,” he said.

“Big corporations, big online corporations for example, can do more to fund our schools, our hospitals and the environment.”

Quebec solidaire has also vowed to spend more than half a billion dollars on a constituent assembly tasked with drafting a constitution for an independent Quebec. The party has pledged to hold a referendum on sovereignty during its first term.

Of course, Quebecers have already been offered two separatist referendums, and recent polls suggest that most Quebecers would vote “no” if a third were held tomorrow.

Asked if that money could be better spent on things like education and family health care, Nadeau-Dubois said if the province wants to solve problems in those areas, it should divest itself of Canada first.

It would also give Quebec more power to fight climate change, he said. Perhaps more than any other party, Quebec solidaire has included environmental protection in its campaign.

Nadeau-Dubois was asked to explain a climate-focused pledge made to increase public transport ridership: cheaper fares.

The vow comes at a time when ridership has declined due to the pandemic, and Montreal’s STM has reported a $43 million deficit.

Nadeau-Dubois said the province will “fully compensate” public transit authorities for concession fares, up to $500 million a year.

“We keep saying we have to take care of the planet … but in recent years Montreal public transit prices have continued to rise,” he said, adding that rising fares have discouraged people from taking buses and to take subways.

After the first debate, Nadeau-Dubois got into an uproar for saying the N-word during a section on academic freedom. During the program, Parti Québécois (PQ) leader Paul St-Pierre Plamondon urged Nadeau-Dubois to say the word that appears in the title of a book written by Pierre Vallières.

Vallières, a Quebec journalist and writer, is known as the intellectual leader of the Front de libération du Québec, who wrote a book entitled N—– blancs d’Amérique (Whites n—— of America). Has.

“Can you name the title of this book?” asked the PQ leader. “Of course,” Nadeau-Dubois replied, giving the full title of the book.

CTV asked him to reflect on that moment.

“It wasn’t a good situation for me,” he said. “I found this particular strategy of Paul St-Pierre Plamondon very disturbing, very strange.”

“He wanted the debate on this issue to derail,” Dubois added. “I had to make a very difficult decision.”

“Do you regret the choice?” squeezed CTV host Maya Johnson. “They say it was a difficult decision, you had to make a decision on the spot, and you chose to say the word,” she added. “In the current context, would it have been more politically dangerous for you not to say the word than just saying it out loud?”

“I don’t want to rewrite history,” he replied, “but I found Mr. Plamondon’s strategy of getting that word out there… on the air a very questionable decision.”

“I decided to take the time to speak about systemic racism in Quebec,” he continued.

“I’ve decided to take the time to talk about what we need to do to fight systemic racism.”

Quebec Solidaire has repeatedly called on Quebec’s acting Prime Minister, François Legault, to acknowledge the existence of systemic racism in the province, both during the debate and during the election campaign.

The issue was once again brought to the forefront of Quebec political debate during a public standoff between the Legault and Indigenous chiefs of Joyce Echaquan’s homeland.

Echaquan, a 37-year-old mother of seven, filmed herself on Facebook Live as a nurse and an orderly made derogatory comments about her shortly before her death at a northeast Montreal hospital in 2020.

A coroner’s report found that systemic racism played a role in her death, but Legault still refuses to say that type of racism exists in Quebec.

He recently said the problems at Joliette Hospital, where Echaquan died, were “fixed” but later apologized after a public outcry.

During that exchange, Nadeau-Dubois called the CAQ leader’s comments “ridiculous.”

“The reality of systemic racism towards Indigenous peoples in Quebec still exists,” he said Saturday. “There are steps that have been taken in the right direction at Joliette, everyone recognizes that. But to say ‘it’s fixed’ is a lack of sensitivity, a lack of compassion.”