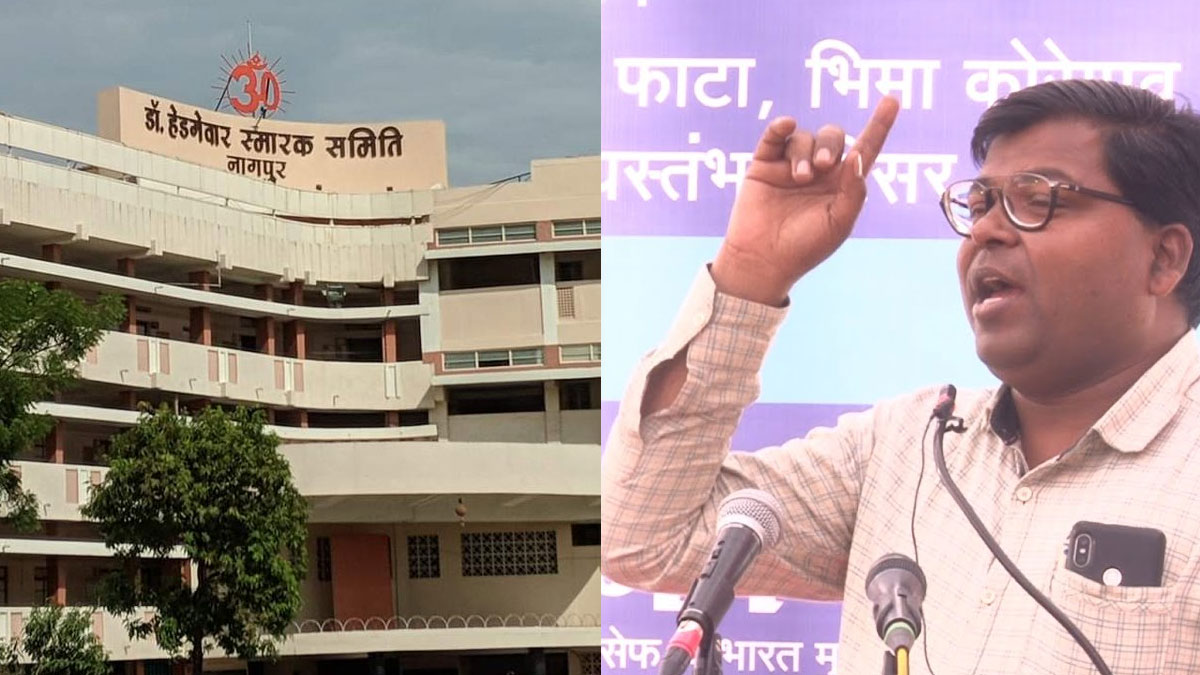 Protest | Existence of democracy in danger, front at union headquarters on 6 October 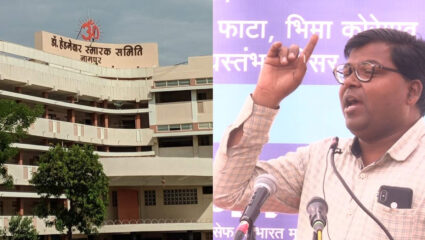 Nagpur, BAMCEF leader Prof. Vilas Kharat said that the existence of democracy in the country is in danger. Now to save it, a front will be taken out at the Sangh headquarters through BAMCEF and Bharat Mukti Morcha. He informed that on October 6, a front of 2 lakh people will go through Bezhanbagh to the RSS headquarters located in the palace. Before this there will be a meeting in Bezhanbagh.

Later, a front will emerge under the leadership of President Vaman Meshram. Kharat said that the DNA Council was organized in Haryana but this council was banned. This program was forced to be organized in Delhi. Banning the program of social organizations is like encroaching on the Constitution.

Pvt. Kharat said that the freedom of expression of the people is being attacked through the present government. In this way the fundamental rights guaranteed in the constitution are being violated. The RSS is running the ban government from behind. Against this, the DNN Council has decided to take out this front on 6 October.

He said that BJP is coming to power by doing EVM scam in every election. After ordering by the Supreme Court, the process of election including VVPAT has been started. BJP MP Subramanian Swamy had filed a petition in the court against EVMs. BJP has amended the constitution. All government undertakings are being sold. This methodology is anti-constitutional.

Pvt. Kharat alleged that Nirjhar Kulkarni, Ashish Dwivedi and PK Joshi of RSS have been included in the governing board of Dr. Babasaheb Ambedkar Memorial Committee located at Deekshabhoomi. These people have control over Babasaheb’s Dikshabhoomi. On the occasion of Dhammachakra Enforcement Day, BJP is going to organize a program through its Scheduled Caste Morcha. Babasaheb took initiation in Buddhism to get out of the Scheduled Castes. In such a situation, there is no work of the Scheduled Caste Front or any person on this Dikshabhoomi. Bhante Harshbodhi, president of the Buddhist Mahabodhi Charitable Trust, accused actor Gagan Malik of being an agent of the RSS.

Cong leaders made money under the guise of improving medical education in the country Before 2014: Amit Shah News WAALI

CM KCR’s aim is the upliftment of women News WAALI

Cong leaders made money under the guise of improving medical education in the country Before 2014: Amit Shah News WAALI

CM KCR’s aim is the upliftment of women News WAALI