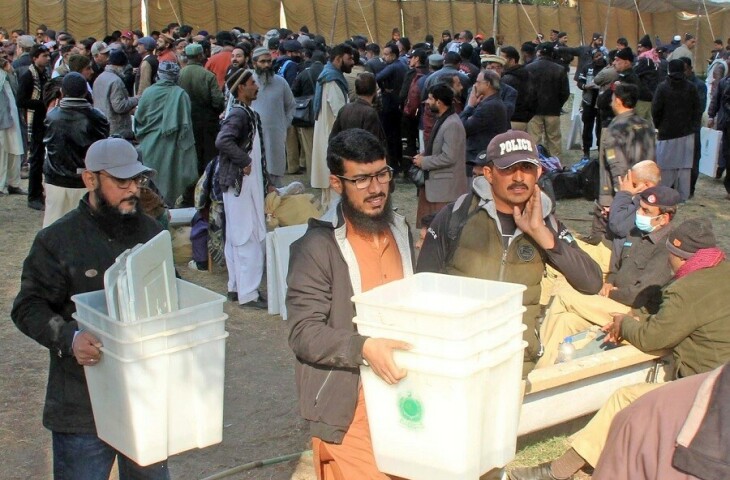 A few hours are left for voting for local body elections in Karachi, but the presiding officers of several polling stations have mysteriously disappeared.

According to reports received by Sama Digital, the presiding officers of some polling stations in the Mid and Eastern areas have not reported to the Regional Returning Officers (DROs) yet, and the voting process could be delayed in most of the city constituencies because of this.

When the DROs of the city were contacted for details, Central Region Deputy Commissioner and DRO Taha Salim said that the presiding officers of several polling stations in the area have mysteriously disappeared.

He said that the number of these officers is high but another arrangement has been made in a short time, but again there is a shortage of ten to fifteen presidents.

Taha Salim has expressed hope that presiding officers will be present in all polling stations by morning.

Similarly, there is a shortage of presiding officers in many polling stations in the Eastern Region.

Zilla Sharqi Deputy Commissioner and DRO Raja Tariq Chandio told Sama Digital that a similar situation is being faced in Zilla Sharqi, but refrained from revealing how many presiding officers are currently in the area.

Kemari District Deputy Commissioner and DRO Mukhtar Abru told Sama Digital that Kemari district is not facing such a situation, presiding officers are also present and polling stations have also been contacted.

Similarly, Korangi District Deputy Commissioner and DR Ao Muhammad Ali Zaidi says that there is no shortage of presiding officers in the district and that the voting materials have been distributed to all the stations by 10 pm.

Southern Region Deputy Commissioner and DRO Saeed Laghari told Sama Digital that all the presiding officers in his area have also reported and the voting equipment has also been provided to them.

However, the DROs of the Malir area and the West area could not be contacted.

On the other hand, Karachi Police Chief Javed Alam Odhu told Sama Digital that the police and law enforcement agencies are ensuring the safety of all the people participating in the local elections and so far no information has been received from such from any area of ​​the Any person responsible for the electoral process has been taken hostage.

He further said that it is the duty of the DROs to ensure the presence of presiding officers and that the police and law enforcement agencies are responsible for providing them security.

Another shameful act in the plane, the woman spat on the cabin crew, then took off her clothes and started walking around! News WAALI

The atmosphere of the whole country is mournful, the number of martyrs reached 83 News WAALI

In the Peshawar blast, the number of martyrs reached 83, 157 injured News WAALI

Another shameful act in the plane, the woman spat on the cabin crew, then took off her clothes and started walking around! News WAALI

The atmosphere of the whole country is mournful, the number of martyrs reached 83 News WAALI