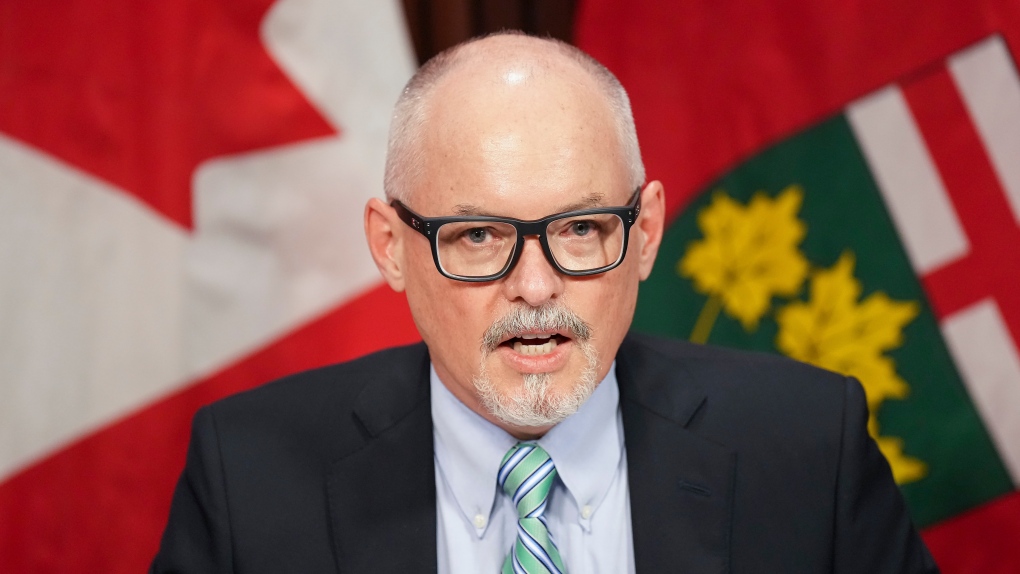 Monkeypox activity has peaked in the province, according to Ontario’s Chief Medical Officer of Health.

according to dr Kieran Moore peaked the province in total active cases in the week of July 15, when about 16 to 18 cases per day were identified by PCR testing, while that is now only about one per day.

According to Moore, most of these new cases are related to travel, particularly from American hotspots, and not to people catching an infection in Ontario.

He says Ontario has immunized 32,175 people against monkeypox and is awaiting guidance from the National Advisory Committee on Immunization on whether and how to start a second-dose strategy.

As of this week, Ontario has had 656 confirmed cases of monkeypox.

Monkeypox spreads when people have close physical contact with an infected person’s lesions, their clothing, or bedding, and symptoms can include a rash, swollen lymph nodes, and fever.

Ontario’s progress has been remarkable, Moore said, and the province has seen an absolute plateau.

“For me, Ontario has reduced the risk dramatically,” he said in an interview.

In its latest report released Wednesday, Public Health Ontario said there were 656 confirmed cases of monkeypox in the province the previous day, up 25 from the previous week.

The agency said 484 of the confirmed cases, or about 74 percent, occurred in Toronto and all but five cases were reported in men. The median age of all confirmed cases in the province is around 36 years old, and confirmed cases range in age from 20 to 74 years old.

According to public health, 19 people with the disease have been hospitalized in the province and two people have been treated in intensive care.

There are also 10 probable cases in Ontario.

Local public health units and alliances across Ontario have been holding immunization clinics in recent months for those the province believes are at high risk of contracting monkeypox.

Moore said he has great appreciation for the work of the Gay Men’s Sexual Health Alliance and for anyone who has been at risk, been vaccinated or tested for symptoms.

“I think in a remarkably short amount of time we’ve been able to limit the spread of this virus in Ontario,” he said. “I just can’t thank everyone involved (enough) as it was clearly a success for Ontario.”

The province expanded eligibility for the monkeypox vaccine in August to include a broader segment of the LGBTQ population as well as sex workers.

Until then, the priority group for the vaccine was gay, bisexual, and other men who have sex with men who met certain criteria.

Some proponents have criticized the strategy for not including people experiencing homelessness, arguing that the population disproportionately overlaps with the LGBTQ community and sex workers.

Public Health Ontario has said most cases occur in men who report close contact with men, but says anyone can get monkeypox.

Monkeypox disease comes from the same family of viruses that cause smallpox, which were declared globally eradicated by the World Health Organization in 1980. Smallpox vaccines have been shown to be effective in controlling the monkeypox virus.


This report from The Canadian Press was first published on September 16, 2022.

Maryam Nawaz did not recommend me for her son-in-law, nor did I do any favors – Daily NatureNews WAALI

Sonali Patil of Bigg Boss fame will be seen in a new role; Entry in ‘Ya’ series – News18 Lokmat News WAALI