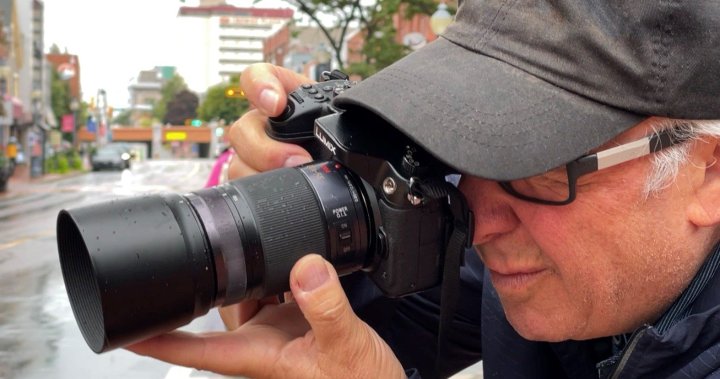 An award-winning photographer from Moncton, NB is sharing his story and donating his latest work in hopes of encouraging more men to get early prostate cancer testing.

“My message to men is just do it,” said Maurice Henri, who has traveled the world taking photos for decades.

Henri said his outlook on life changed forever after he was diagnosed with an aggressive form of prostate cancer in January.

“It was like being hit in the forehead with a hammer,” he said.

BC researchers celebrate ‘breakthrough’ in blood-based technology for cancer research

For decades, Henri traveled the world with his finger on the trigger. But last spring he said he was forced to put down his camera and undergo painful prostate cancer surgery, followed by months of recovery that he says is still ongoing.

The diagnosis came as a shock, he said.

“It blew my mind, I’ll be honest with you because I didn’t really feel sick,” Henri said.

The 64-year-old, who is now struggling with ongoing discomfort, is focused on encouraging other men to get prostate exams and tests early.

But Henri hopes more men will put aside their own fears and concerns and reflect on his journey.

Henri also donates the proceeds from his latest abstract photo series called watercolor in the rain to Friends of the Moncton Hospital Foundation as a token of gratitude to the staff who he says saved his life.

The BC photographer goes back in time to create stunning images

“Thank you just didn’t seem like enough,” he said.

Friends of the Moncton Hospital Foundation President Greg King praised Henri for his selfless gesture and for raising awareness that more men need to have early prostate testing.

“He’s lived through his own trauma and is now finding a way to give back, and I think that’s inspiring,” King said.

Henri said the entire series was photographed in the rain on three continents and is valued at about $130,000.

He took the pictures before the diagnosis but says they mean even more to him now when he can use them to support the hospital and prevent another man going through what he has.

Aamir Khan: Sex videos behind the call center? According to informed sources, Aamir’s case is in the hands of West Bengal police in...

Indore News : My father is what he is today because of the Nehru-Gandhi family: Jayawardhan SinghNews WAALI

Came to Pune for competitive exams; The student fell from the chair and the dead body went home! News WAALI

Durga Puja 2022: Don’t forget to offer these 4 things on Durga Puja! Annoyed by this, never offer these items to Maa Durga...