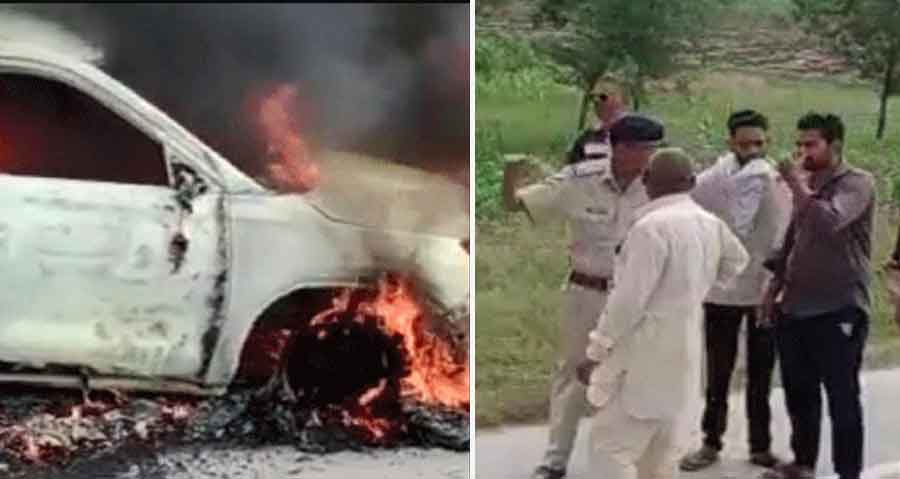 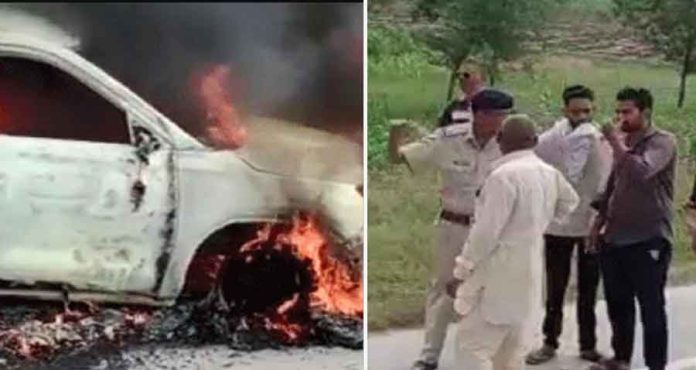 Jind (Satyam/Jaswindra). A youth was burnt alive in a car on the Jind-Rohtak Bypass near Birauli village on Tuesday. It is possible to identify the deceased based on vehicle numbers. On receiving the information, Sadar Police Station along with a team of forensic experts reached the spot and examined the spot. Bareja’s vehicle caught fire due to suspicious circumstances on the Jind-Rohtak Bypass near Birauli village on Tuesday afternoon. The driver was burnt alive. On receiving information about the fire, the police reached the spot and reviewed the situation. When the police looked into the driver’s seat, they found human remains lying there, most of the body parts charred by the fire. Based on the vehicle number, the deceased has been identified as Ajay 25, resident of Bhaklana village, currently residing in Abad Urban Estate.

Also Read:- Patwari was arrested on charges of accepting bribe

A single lamp for a dead family

The deceased’s father Jagbir said that he went out after the death of a relative. Ajay’s uncle and other relatives came on Tuesday. Ajay goes to drop at Jind bus stand. Now it is not clear how Ajay reached Birauli village by car. The deceased’s car was parked alongside, with the handbrake on. People saw the car burning but no one put out the fire. The only light for the deceased’s family.

The deceased was identified as Monika based on the car numbers

Sadar police station investigating officer Monika said that the car was completely burnt. Only the remains of the dead body remain. It is possible to identify the deceased based on vehicle numbers. The case is currently under investigation.