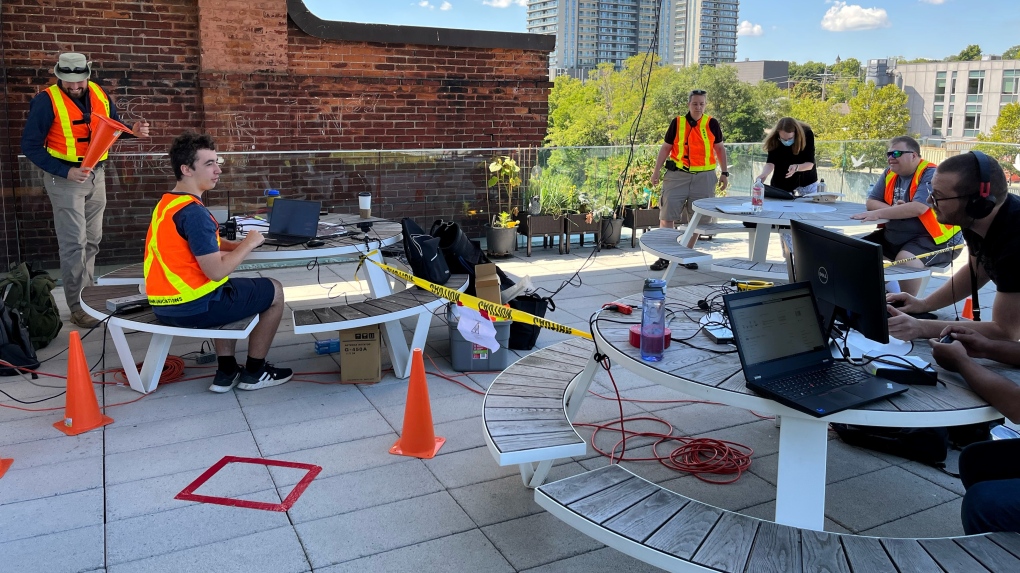 The Cambridge Amateur Radio Club recently rode the airwaves out of this world when they linked up with the International Space Station (ISS).

The club says the possibility of connecting to the ISS is a process they began over two years ago.

“We actually made contact with the International Space Station, where we spoke to astronaut Kjell Lindgren,” Michell said.

Thanks to the club’s hard work, a small group of Cambridge kids had the opportunity to ask the American astronaut any questions they wanted.

And of course there was a series of questions from “How fast does a rocket go?” to “Are There Candy in Space?” and of course the classic bathroom puzzle.

This connection was made at the Cambridge Idea Exchange Old Post Office site and the library also streamed the event live on its YouTube page.

Adding, “This is one of the few events that actually happened in Canada.”

The club says they applied for a program called Amateur Radio on the International Space Station (ARISS) before the pandemic.

The ARISS program works with NASA.

It was a lengthy application process that involved about 60 pages of paperwork, Mitchell said.

Which of course was worth it in the end.

“All were easy, for lack of better words we were over the moon.”

The dollar hit a new high in the interbank marketNews WAALI

In the Peshawar blast, the number of martyrs reached 83, 157 injuredNews WAALI

Another shameful act in the plane, the woman spat on the cabin crew, then took off her clothes and started walking around!News WAALI

Will Balochistan become self-sufficient in wheat after monsoon rains?News WAALI

Kohat, third day of search for children who drowned in Tanda Dam, 31 bodies were recoveredNews WAALI

The atmosphere of the whole country is mournful, the number of martyrs reached 83News WAALI