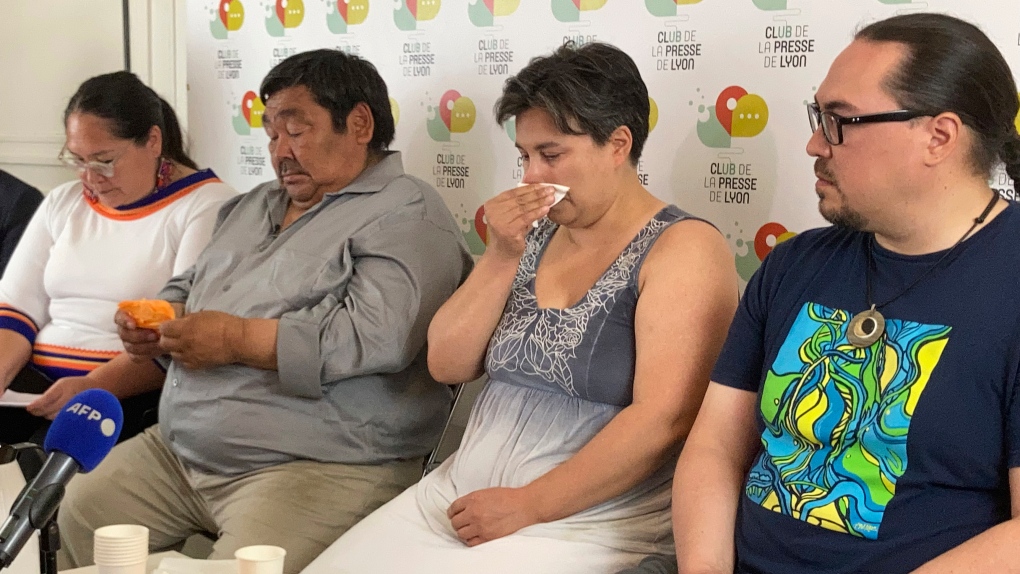 An Inuk man who claims he was sexually abused by a former Oblate priest in Nunavut when he was 13 says it was a relief to meet the man face-to-face after nearly three decades.

Steve Mapsalak was part of a delegation led by Nunavut Tunngavik Inc., a group representing Nunavut Inuit, which traveled to France last week to demand the extradition of Johannes Rivoire to Canada. The group met with French and Oblate officials, as well as with Rivoire itself.

Mapsalak, who was formerly the mayor of Naujaat, Nvt., and has served two terms as a member of the Nunavut legislature, said he initially had mixed feelings when approached about participating in the trip. He said he chose to face Rivoire as he believed it could be a healing experience.

“After doing and saying what I needed to tell him, I felt a release within me and I felt a lot better,” he said over the phone Tuesday from his home in Naujaat. “It really helped me a lot.”

Mapsalak said he spoke to Rivoire, who is now 91 and lives in a nursing home in Lyon in Inuktitut, as he had spoken and understood the language while living in Nunavut.

“I told him I know he knew exactly what he did to me when I was a kid and when I was helpless.”

Mapsalak said Rivoire replied that he could not remember anything. He told the former priest he wanted an apology.

“Then I left the room, I couldn’t bear to look at him anymore.”

Mapsalak said the last time he saw Rivoire was at the Winnipeg airport in 1993. He said Rivoire left Canada after he was accused of abusing Inuit children.

“I didn’t get close to him, but when he saw me I noticed his face turned very red,” he recalled.

Rivoire was an Oblate priest in Nunavut from the 1960s until his return to France in 1993. Nunavut Tunngavik Inc. claims he molested up to 60 children during that time.

The allegations were never heard in court and Rivoire has denied any wrongdoing.

A Canadian arrest warrant was issued for Rivoire in 1998, but criminal charges related to the alleged sexual abuse of four children were stayed in 2017.

According to a new complaint, Rivoire was charged in February with a single count of indecent assault on a girl at Arviat and Whale Cove between 1974 and 1979. The Canadian judicial authorities have issued an extradition request to France.

Although Canada and France have a joint extradition treaty, France traditionally does not extradite its citizens. During a meeting with the Inuit delegation, officials from the country’s Justice Ministry said extraditing a French citizen would violate a constitutional principle. The group said they disagreed that France was barred from extraditing its citizens.

The Oblates of Mary Immaculate said they had repeatedly urged Rivoire to face the charges against him, but he had refused to return to Canada. As a result, Oblate leaders in France have stated that they have decided to release Rivoire from their congregation.

Mapsalak said he still hopes Rivoire will be tried in Canada.

Nadia Debbache, a French lawyer working with Nunavut Tunngavik Inc. on the case, said she plans to file a complaint against the Oblates and pursue legal action over alleged concealment of a criminal.

“I am in the process of preparing this complaint so that some light can be shed on the behavior of this community,” she wrote in an email.


This report from The Canadian Press was first published on September 21, 2022.


This story was produced with financial support from Meta and the Canadian Press News Fellowship.

Kolkata Police: 30 lakhs to get excise license? The police arrested the constableNews WAALI

Today in Indore: Maheshwari Samaj will have introductory meeting of 24 sisters who will become Brahma Kumaris.News WAALI

Pegasus on my phone! – AndhrajyotiNews WAALI