For Kangana Ranaut, this actress is a real ‘queen’; Appreciating it, she said… News WAALI

23/09/2022
12
- Advertisment -
Mumbai, September 23: Kangana Ranaut, known as ‘Panga Queen’, is constantly in the news on social media. She gives her strong opinion on every issue. So someone is always on the target of Kangana. But this time Kangana has come into the limelight due to a different reason. This time, Kangana was seen appreciating the team of a film. She was also seen sharing a post about this on social media. Dulquer Salmaan and Mrinal Thakur’s movie ‘Sita Ramam’ is widely discussed. Kangana also watched the film and gave her feedback about the film while it was in the limelight. Kangana openly praised the film and the actors who appeared in it. Sharing the story on her Instagram, she said, ‘Finally got the time to watch Sita Ramam and must say what an amazing experience. An epic love story, fantastic screenplay and direction. Congratulations Hanu Raghavpudi, everyone did a wonderful job’. 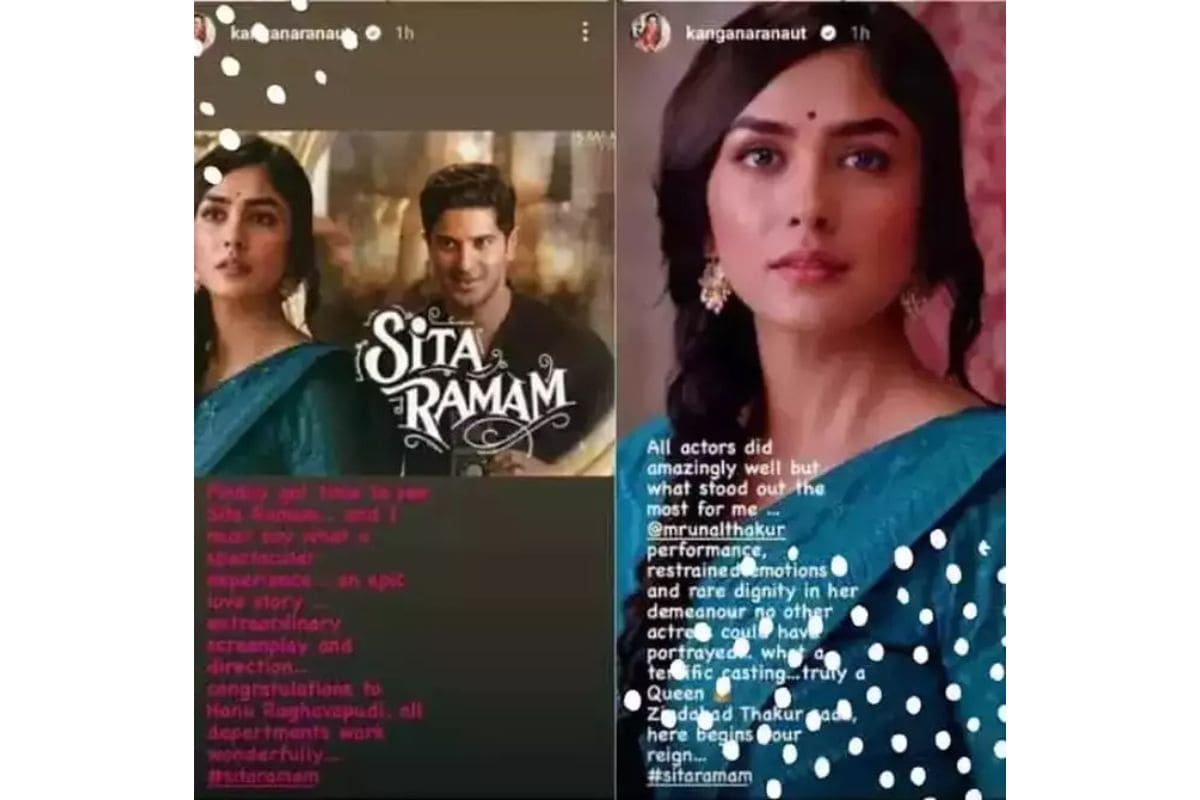 Kangana specially praised the film’s lead actress Mrinal Thakur. ‘Though all the actors have done a great job, in my opinion Mrinal Thakur has done an excellent job. No actress can play the role of Rajkumari Noorjahan aka Sita Mahalakshmi in the way that Mrinal has done. What a great casting, she is truly a queen. Zindabad Thakur Saab’. The screen shot of the story shared by Kangana is going viral.