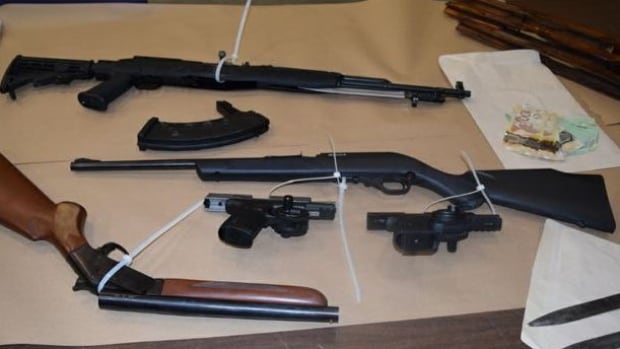 Calgary has a “shocking” amount of guns on its streets, the city’s police chief said Wednesday, as the number of shootings in the city rose to 106.

In the latest incident on Tuesday, a man was shot dead in a residential area in the southwest.

During a presentation to the Calgary Police Commission, Calgary Police Service (CPS) Supt. Scott Boyd said the numbers show how much gun violence has spread through the city.

“We know we are on our way to breaking previous records for this level of violence and it has already cost too many lives,” Boyd said.

Motives for the shootings ranged from drugs to personal differences to robbery, but most are still under investigation or undetermined.

However, the documents state that some of the shootings are believed to be linked to organized crime involving multiple groups.

According to figures collected by CPS, Saddle Ridge District 5 had more than 30 shootings, while Ramsay Districts 1, North Haven District 3, and Franklin District 4 had more than 10 incidents each.

“Crime literally knows no borders, and gun violence should be a concern for all Calgarians, not just those who anecdotally live in high-crime areas,” Boyd said.

Because gun violence is so widespread across the city, Boyd said, it’s difficult to identify and implement effective preventive measures.

He added that CPS is seeing more gunshot-related homicides as the cause of death compared to 2021.

Calgary Police Chief Mark Neufeld said it used to be rare to come across guns during a traffic stop.

“It’s a shocking number of guns that officers are dealing with on the street… from the numbers you’re seeing it’s not uncommon now and our people are aware of that,” he said.

Of the weapons seized so far this year, 23 criminal weapons had defaced serial numbers and 14 3D-printed firearms were seized, the documents said.

“Seizures of 3D printed weapons are trending up and all we have… is that they will continue to trend up and we are working with our partners on strategies to try to combat the completion of these 3D weapons,” he said.

As of May 2020, Ottawa has banned the use or sale of more than 1,500 different models of assault-style firearms in Canada. It has committed to establishing a buyback program to remove these firearms from communities.

However, the Alberta government is taking steps to oppose federal legislation banning firearms and the potential confiscation of thousands of assault weapons.

“It makes sense to take a number of assault weapons and high-capacity magazines off the road.”

But he added that most “everyday” shootings in Calgary are not assault weapons, even though the majority of crime weapons seized in the city are either rifles or shotguns.

A large proportion of the guns used in shootings were either smuggled or stolen during a recess.