Balichik murder: On Friday evening, an elderly man was found strangled near Balichik station in Pasmam Madanipur district, and a young woman was also found bleeding. 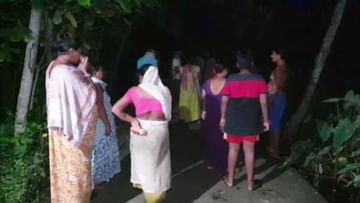 The body was recovered

West Madinapur: The local people recovered the bloodied bodies of the father and daughter from the Ballychawk station.

On Friday evening, the dead body of an elderly man was found near Balichik station in Maghrabi Madanipur district and a young woman was also found in a bloody state. They are in a father and daughter relationship. According to local sources, the body of Kamal Sen, a resident of Hamirpur area of ​​Balachik, was recovered from the track of the railway line. It is learned that the girl’s name is Debalena Sen. He was first rescued at Debra Super Specialty Hospital and after first treatment he was shifted to Madinapur Medical College Hospital.

BJP and TRS should be taught a lesson – AndhrajyotiNews WAALI