A year before the assembly elections, Congress formed a booth committee..BJP will provide training to the booth level workersNews WAALI 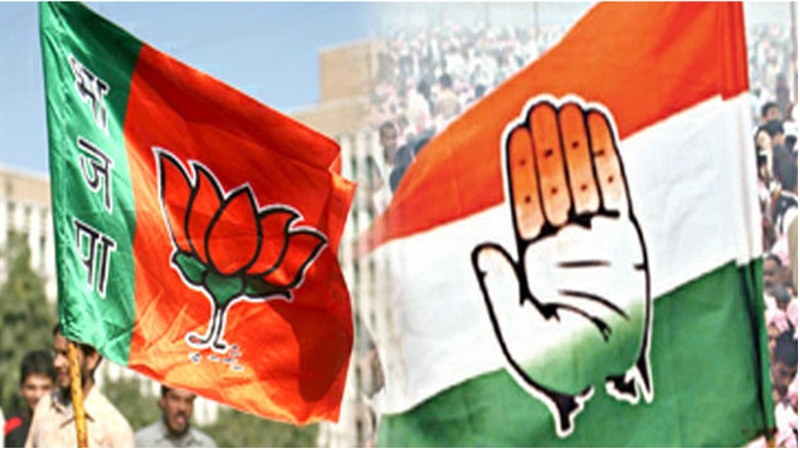 Raipur. Bureau of StateChhattisgarh assembly elections are still a year away, but the two main political parties here, Congress and BJP, are engaged in a back-and-forth battle for booths. Both the parties are now going to launch a campaign to strengthen the organization aggressively and at the booth level. Congress is organizing a booth walk to reach the voters. The Congress organization decided that the march should reach every booth. On this occasion, booth committees will be formed and inspection will be carried out in the places where booth committees already exist. Here, the BJP has decided to form booth-level teams to help voters. From November 9 to December 8, the Election Commission will conduct campaign in booth centers. BJP workers will assist in the process of adding the names of the voters. Both the parties are going to conduct training programs for the booth level workers as well.

In the last assembly elections, the Congress formed booth and mandal committees. Congress got the result. Now the Congress has once again come down on this formula. State in-charge PL Punia made it clear that if the booth committee is strong, no one can stop the coming of the government. According to political observers, it was the BJP that started the booth committee. After that in which state the government was formed after the Congress strengthened the Booth Committee. Before the last elections in the state, Swa Kasrana Shukla, the niece of former Prime Minister Atal Bihari Vajpayee, started an exercise to strengthen her booth in the state Congress.

Congress formulated the formula for the ticket

The Congress plans to develop the Booth Committee into a very powerful committee. The booth committee has been entrusted with the responsibility of finalizing the candidates’ tickets in the assembly elections. Booth level officers will be trained for this. State Congress president Mohan Markam said that Bharat Jodo Padayatra is being held at the booth level. This will make the organization active at the booth level.

BJP has taken the lead in correcting the voter list

A year before the elections, the BJP started to correct the irregularities in the voter list. BJP is training workers across the state to help voters. After the training, the officials will work on editing the voter list at the booth level from November 9 to December 8. State General Minister OP Chaudhary said that it is important to remove the names of fake voters from the list and include the names of genuine voters in the election. The party is going to start the election with this campaign. After the training, training will be conducted in the districts and thus a strong list will be made.